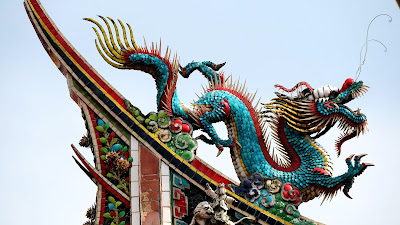 Dragons are legendary creatures, typically scaled or fire-spewing with serpentine, reptilian or avian traits, that features in the myths of many cultures around the world. The two most well-known cultural traditions of dragon are the European and Chinese.

The European dragon comes from European folk traditions that are related to Balkans and Western Asian mythologies. Most are depicted as reptilian creatures.

The Chinese dragon is depicted as serpentine creatures with above-average intelligence and four legs.

The two traditions may have evolved separately, but have influenced each other to a certain extent, particularly with the cross-cultural contact of recent centuries. The English word ‘dragon’ and Latin word ‘draco’ derives from Greek ‘drákōn’.

The association of the serpent with a monstrous opponent overcome by a heroic deity has its roots in the mythology of the Ancient Near East, including Canaanite (Hebrew, Ugaritic), Hittite and Mesopotamian. Humbaba, the fire-breathing dragon-fanged beast first described in the Epic of Gilgamesh, is sometimes described as a dragon with Gilgamesh playing the part of dragon-slayer.

Although dragons occur in many legends around the world, different cultures have varying stories about monsters that have been grouped together under the dragon label. Some dragons are said to breathe fire or to be poisonous.

Dragons are often held to have major spiritual significance in various religions and cultures around the world. In many Asian cultures, dragons were, and in some cultures still are, revered as representative of the primal forces of nature, religion, and the universe. They are associated with wisdom—often said to be wiser than humans—and longevity. They are commonly said to possess some form of magic or other supernatural power and are often associated with wells, rain, and rivers. In some cultures, they are also said to be capable of human speech. In some traditions, dragons are said to have taught humans to talk.

The Chinese dragon is the highest-ranking animal in the Chinese animal hierarchy, strongly associated at one time with the emperor and hence power and majesty (the mythical bird fenghuang was the symbol of the Chinese empress), still recognized and revered.

In Dragon´s Quest, you´ll see how two princes from the Dragon´s Dynasty are cursed and transformed into dragons. To restore the lost empire and their lives, they´ll have to break the curse and face many dangers. 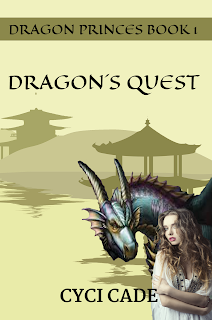