Movie review: Beauty and the Beast

Blurb: In France, an enchantress, disguised as an old beggar, offers an enchanted rose to a young prince in exchange for shelter in his castle from the bitter cold, but he refuses. For his arrogance, the enchantress transforms him into a beast and inflicts a spell on the castle. She gives him a magic mirror that enables him to view faraway events, along with a rose. To break the spell, the prince must learn to love another and earn their love in return before the rose's last petal falls. If he fails, he will remain a beast forever.

Comment: Beauty and the Beast 2017 is a fascinating movie. Well, the love story has enchanted the public for years. This is one of the best movies due to a combination of factors: actors, plot, music, scenery, etc.


Emma Watson as Belle and Dan Stevens as the Beast are amazing together, but Luke Evans as Gaston is spectacular. Gaston is so idiot, so gorgeous, and so funny and mean that his scenes are the funniest. Luke Evans plays Gaston fantastically and entertains the public.

The characters aren´t complex, maybe because everybody knows the story. You know their role in the plot since the beginning. There are some differences from the other movies, but nothing remarkable.

The grumpy Beast also reveals a funny side. Belle doesn´t have to do much to make the Beast fall in love with her and he gains her heart when he releases her and lets her go. After a few minutes, the couple discovers that they have much in common.

The visual effects did its job. Some images are blurred, but the objects talking, dancing, and moving everywhere overcome those issues.

When I saw that they were producing another Beauty and the Beast I imagined how it would work after so many adaptations. I thought, isn´t it too much? Well, the film doesn´t disappoint; on the contrary, the movie captured the public attention and heart. 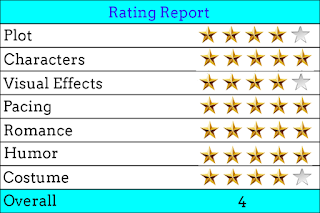