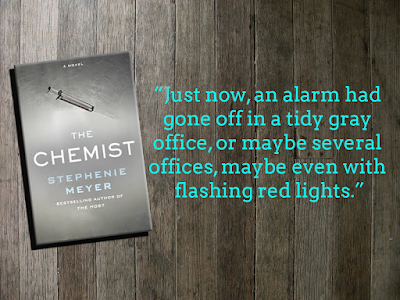 Blurb: An ex-agent on the run from her former employers must take one more case to clear her name and save her life. She used to work for the U.S. government, but very few people ever knew that. An expert in her field, she was one of the darkest secrets of an agency so clandestine it doesn’t even have a name. And when they decided she was a liability, they came for her without warning. Now, she rarely stays in the same place or uses the same name for long.
They’ve killed the only other person she trusted, but something she knows still poses a threat. They want her dead, and soon. When her former handler offers her a way out, she realizes it’s her only chance to erase the giant target on her back. But it means taking one last job for her ex-employers. To her horror, the information she acquires only makes her situation more dangerous. Resolving to meet the threat head on, she prepares for the toughest fight of her life but finds herself falling for a man who can only complicate her likelihood of survival. As she sees her choices being rapidly whittled down, she must apply her unique talents in ways she never dreamed of.

Comment: The Chemist is a mystery book with a complex plot, characters, and some twists. It isn´t a breathtaking story but has its good points. You need some pages to understand what´s going on because the main character changes her name and it´s a little confusing.

It isn´t easy to write a mystery book, so I give the author some credit. There are some aspects of Alex´s life that don´t convince the reader. (I won´t mention them to avoid spoilers). But as it is a fiction book, you can forget those details and go on.

The main character is an enigmatic woman who has lived a solitary and paranoid life. But it is about to change when she thinks that she´ll have the opportunity to redo her life. The author pictures a super-woman who is able to fight even a well-trained soldier. If you read the book, you´ll see that it is improbable to happen. Many times I questioned some information because I thought they didn´t make sense.

Alex is a smart doctor. She learned many things while she worked for US government, but it doesn´t make her a super-heroine. She is a brave, skillful woman who will do anything to remain alive. You have the feeling that nothing can break her, except an unexpected character that crosses her way and makes her rethink her style of life.

What impressed me was the descriptiveness of the medical procedures. Those scenes were so real that transported me to the story. The author did a lot of research to describe the procedures and substances. You can picture the scenes easily.

The story has a good pace with some scenes of action and romance. Sometimes it slows down a little when Alex remembers her past and offers some information about her life. However, the author doesn´t explain very well why Alex had to flee and hide, even Alex doesn´t know what happened.

The romantic scenes are awkward. He is too perfect and fell in love with her without questioning her life, the past, job, anything. I wonder if this kind of person exists. Things happen too easily between them.

The action scenes are a little disappointing and farfetched too. As I said, Alex isn´t a super-heroine or a super-woman to fight well-trained soldiers.

The cover disappointed me. It is plain, with a texture and a syringe. The cover doesn´t describe the book. The story—and author—deserved something better, an image that could describe some of the scenes like an abandoned barn, a basement, a woman holding a syringe maybe.

The ending didn´t surprise me, but it was good. 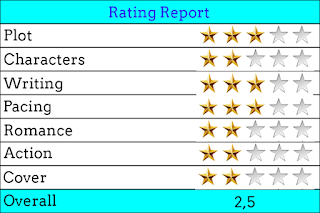