Behind the scenes of Dragon´s Quest 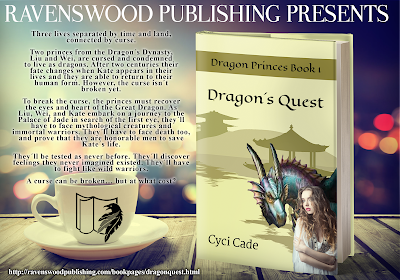 It was a Sunday night and I was watching Game of Thrones season #1 when one word provoked a revolution of ideas. Daenerys Targaryen said, “…dragon…”

Right away I imagined a story with dragons, women, forest, and much more. I could not work on this idea immediately because I was in the middle of another project. Meanwhile, I developed the idea and researched about dragons in Europe, Japan, and China.

I opted for China due to its endless source of information, legends, and mythical creatures and places. The story is set in China and The United States of America.

One word with six syllables became a series of six books, maybe more, I don´t know. There are so many options to continue the story that I may write other books eventually.

I started to write the series in 2011. I did not stop to edit the books or do something else. I had so many ideas that it was hard to keep the same rushed rhythm they popped up in my mind and write every day.

It was an amazing experience. I had an idea, researched about the theme and found mythical creatures and places that fit in with the story. I learned so many things. Chinese culture is so rich. If you like fantasy and mythology, you´ll enjoy the Dragon Princes Series.

For four years I only worked on the Dragon Princes Series and now it´s time to share the stories with you.

Dragon´s Quest is the first book and you´ll learn a little about the Palace of Jade, Peach Tree of Immortality and Dragons. There are romance, rivalry, and veiled secrets too.