The Magic of Fantasy Writing Part One 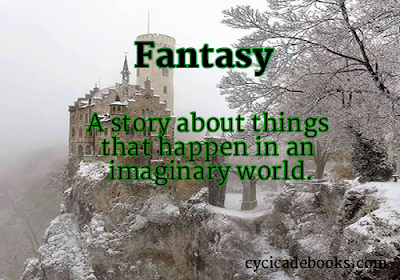 To start, it helps to understand what fantasy means. According to Merriam-Webster dictionary, fantasy (noun) is something that is produced by the imagination; an idea that is far removed from normal reality; the act of imagining something; a book, movie, etc., that tells a story about things that happen in an imaginary world.
However, it isn´t quite that simple, there are many subgenres. While we are writing a fantasy it doesn´t seem to be a problem, but when we are about to sell it and looking for a literary agent or a publisher, picking the subgenre the book fits in may become a little complicated.

Too many to describe here! But let´s look at some of the most common subgenres:

Epic fantasy: it´s associated with high fantasy; it is the constant fight between evil and good. Epic fantasy has three elements: it must be a trilogy or longer, cover a time span of years or more, and the backstory has to take place in a large or universe setting.

High fantasy: it´s a broad classification; it includes a world where magic follows specific rules that may be different from the real world. The story is set in a fictional world rather than the real one. The fictional world is consistent but with its own rules. Some characteristics include fantastical elements like fairies, dragons, magic, etc.

Urban fantasy: also called contemporary fantasy. The story takes place in a city setting and contains supernatural elements. It may include creatures like vampires, fairies, witches. This subgenre can be divided in even more subgenres.

Young-adult fantasy: written and marketed to young-adults, the characters are pre-teen or teenagers. The story lines are consistent with the age and experience of the main character.

Low fantasy: elements of fantasy aren´t present or emphasized; the focus is on the characters or plot. The story is set in a real world or a rational and familiar fictional world.

Fantasy stories offer endless options for novellas, novels, short and flash stories. A writer can create anything, everything, because it doesn´t need to be real, but authentic and interesting.

So, what is necessary to write a good fantasy story? I believe creativity is the main ingredient for imagining and exploring myths, places, creatures, plots and characters that will get readers´ attention. As you can see, there are many subgenres and endless options to create a very interesting story.

Fantasy stories have become very popular and may be a good fit for you. Before investing in creating a books or series, I recommend writing a short story first and evaluating reader´s reactions. We can use our imagination to write anything, but its acceptance by readers will determine success.