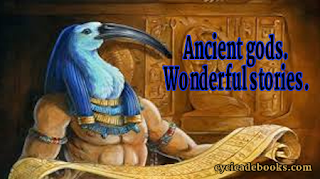 Thousands of years ago in ancient Egypt, people believed in a pantheon of gods. Sun-god, crocodile-god, cat-god… Each god had his power, shape, and different purposes as protection, healing, magic, wisdom...

Their stories are more than just entertaining yarns about mythical creatures with human bodies and animals heads. Let´s know some ancient gods:

Nun: he is the first creation god emerging from a chaotic watery abyss. He existed in every particle of water and formed the source of the river Nile. He was represented as a frog or a frog-headed man, but he could also be depicted as a bearded man with blue or green skin representing his link with the Nile and fertility. 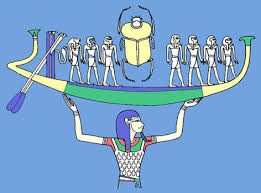 Apep: he was the ancient Egyptian spirit of evil, darkness, and destruction who threatened to destroy Ra—the sun god. He was also associated with various frightening natural events as solar eclipse, storms, and earthquakes. He was depicted as a huge serpent. He was known by many epithets: ‘the evil lizard’, ‘the encircler of the world’, ‘the enemy’, and ‘the serpent of rebirth’. 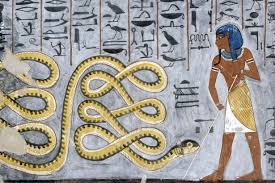 Ra: he was considered to be the King of the Gods and patron of the pharaoh. He was the creator of everything. He was the sun god and rode his boat across the sky during the day and through the underworld at night. 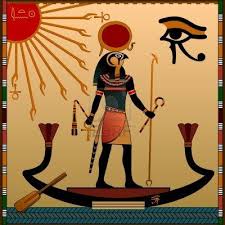 Amun: he was the god of the air. He was known by the epithet, ‘Great Cackler’. He could regenerate himself by becoming a snake and shedding his skin. He was depicted as a Ram—a symbol of fertility. He was also depicted as a pharaoh sitting on his throne wearing the double plumed crown.

Horus: he was considered to be a celestial falcon. He was a sky god who was married to Hathor and opponent of Seth. He was the protector and patron of the pharaoh. The ‘Eye of Horus’ was a powerful protective amulet; broken into six pieces, the amulet represented the six senses (thought included).

Seth: he was a storm god associated with eclipses, thunderstorms, and earthquakes. He represented the desert and the foreign lands beyond the desert. He was considered strong but dangerous. He was married to his sister Nephthys and lived in the Great Bear—a constellation in the northern sky.

Thoth: some myths suggest that Thoth created himself through the power of language. He was scribe of the underworld who recorded the verdict on the deceased and was given the epithets; ‘He who Balances’, ‘God of the Equilibrium’, ‘Master of the Balance’. He was a great magician and was depicted as a man with the head of an ibis. 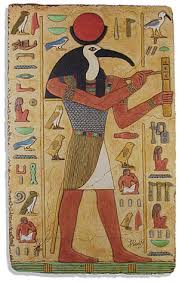 Osiris: he was the first sun of Geb and Nut and brother of Seth, Horus (the elder), Isis, and Nephthys. He was the great god of the dead, who once possessed human form and lived upon earth. 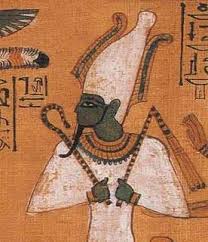