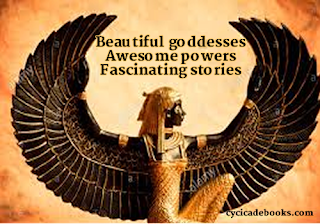 As ancient Egyptian people believed in a pantheon of gods, they also worshiped many goddesses that had an important role in their lives and many powers, shapes, and purposes.

Let´s know some of them?

Bast: she was one of the most popular goddesses of ancient Egypt; she was known as a cat goddess, but originally she had the head of a lion. She was the personification of playfulness, grace, affection, and cunning of a cat, as well the fierce power of a lioness. Her name means ‘Devouring Lady’. Cats were sacred to Bast; to harm one was considered to be a crime against her. 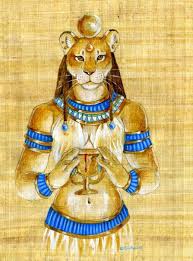 Hathor: she was one of the most popular goddesses of ancient Egypt too. She was known as the ‘Great one of Many Names’, ‘Lady of Stars’, and ‘Sovereign of Stars’. She was the goddess of women, fertility, children, and childbirth. She had power over anything having to do with women from problems with conception or childbirth, to health, beauty, and matters of the heart. She was also the goddess of beauty and patron of the cosmetics arts. She was also the patron of dancers and was associated with percussive music. 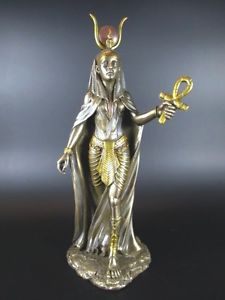 Isis: she was one of the oldest goddess of ancient Egypt. She was the paragon of motherly virtues and was considered to be the archetypal mother. She was described as the mother of pharaoh. She was depicted as a human queen wearing the vulture headdress with a royal serpent on the brow. She was also depicted as a winged goddess or a kite—in this form her wings spread a heavenly scent across the land and brought fresh air into the underworld. 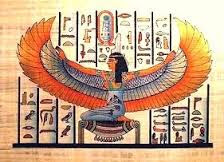 Maat: her name is translated as ‘that which is straight’ or ‘truth’, ‘order’, ‘balance’, and ‘justice’. The Egyptians´ soul was judged in the Hall of Maat when they died. Their heart was weighted against the feather of Maat (an ostrich feather) on scales that represented balance and justice. If their heart was heavier than the feather because they failed to live a balanced life, they heart was thrown into the lake of fire or devoured by fearsome deities. She was depicted as a woman wearing a crown with a single ostrich feather protruding from it.

Anat: she was a goddess of fertility, sexual love, hunting, and war. She was considered to be the mother of the gods, but was also known as ‘the Virgin’. Some texts describe her as an aggressive and ruthless goddess who destroys the enemies of Baal and wades through pools of their blood. She had a gentle side too. As a goddess of sexuality, she was considered to be the most beautiful of all the goddesses. 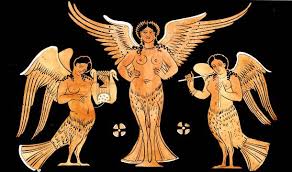