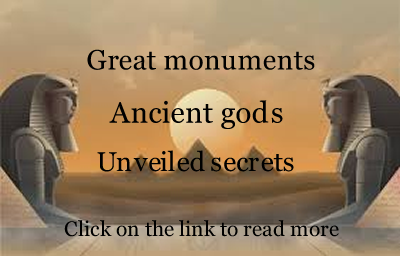 1- Akhenaton (Tutankhamun´s father) was the first monotheist pharaoh. He worshiped Aten—the sun god. He ruled Egypt for fourteen years; it´s called the
Armana Period. Aten represented the life-giving force of the universe. The sun-disk was often depicted in either abstract or personified form. It is pictured as a circle with rays of light radiating downward. 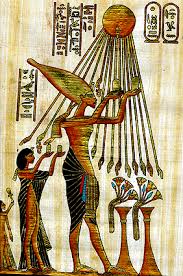 2- According to Edgar Cayce—the “sleeping prophet”—there´s a secret chamber in the Sphinx—the Hall of Records—with an entrance to be found between the paws of the Sphinx. The sealed chamber keeps records of the sunken continent, Atlantis, the development of peoples throughout their sojourn, the records of the building of the pyramids, and other precious and unanswered things.

4- It is supposed to be another undiscovered Sphinx because according to ancient Egyptian iconography sphinxes usually travel in pairs. According to archeologist Michael Poe there are evidences of a second Sphinx. Arabian geographers mentioned that there were two sphinxes at Giza opposite each other. The second sphinx was female and situated on the eastern bank of the River Nile facing the male sphinx. According to them it was destroyed in 1311 AD after an earthquake that almost destroyed Cairo. 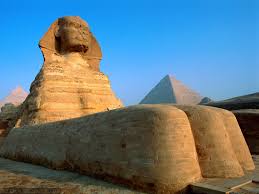 5- People believed the pharaohs were demigods, sons of Horus, and had some special powers. Most pharaohs were men, but some well-known pharaohs as Nefertiti and Cleopatra were women. The pharaoh held the titles: ‘Lord of the Two Lands’ and ‘High Priest of Every Temple.’ 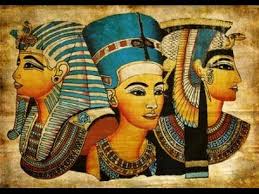 Do you know another interesting fact about ancient Egypt? Share with us! 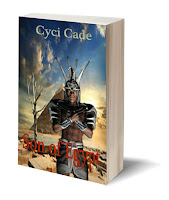 For a LIMITED TIME you can download Son of Egypt for FREE. Just tell me where to send it.