It happens on Friday: Are you ready for Westworld?

Westworld is a science fiction thriller television series created by Jonathan Nolan and Lisa Joy for HBO. It´s based on the 1973 film of the same name written and directed by Michael Crichton. 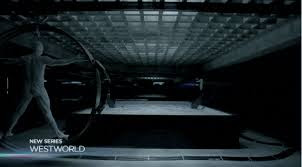 The one-hour drama is a dark odyssey about the dawn of artificial consciousness and the evolution of sin. Set at the intersection of the near future and the reimagined past, it explores a world in which every human appetite, no matter how noble or depraved, can be indulged.

It is scheduled to premiere October 2, 2016. Meanwhile, watch the trailer.


Have you heard about this series?