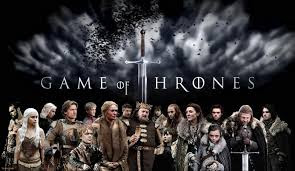 Season five ended with a question, “Is John Snow dead?” Well, his death disturbed Jon´s fans, I´m one of them. Everybody was eager for this information. I watched an interview with Kit Harrigton, he said that a police officer stopped him and offered him two options; to tell if Jon Snow was alive or to go the Police Station. Well, I don´t know if it´s true or false. But, if I were the police officer, I´d have done the same.

Season six started and finished with Jon Snow; many things happened, but he was the center of the story; the role of his character improved a lot. Family Stark is reuniting and I risk saying that they will be very strong in the next seasons.

Another character that I like is Daenerys Targaryen; no matter what happens, she always finds a way to keep herself strong, deceives her enemies and wins her battles; it happens in this season too.

Bran Stark is back; he didn´t appear in season five. He tries to handle his visions and understand them. I confess that I don´t understand this character and his role in the series.

Aria Stark is another strong character; she is a survival. However, her fury and strong desire for vengeance scares me a little. There aren´t obstacles to stop her when she wants to kill or protect somebody.

Cersey is a character I don´t like very much; she is mean and perverted. I´m not fan of the Lanisters. However, I applauded her action at the end of the season. I hate that High Sparrow more. She couldn´t have done better.

I haven´t read the book because they are too long, more than 900 pages; even so, I have the feeling that there are many missing details, 10 episodes are insufficient to tell such a complex story. Sometimes it´s hard to understand what´s going on.

Here´s the question: Who will take the throne at the end of the series? I bet it will be Jon Snow or Daenerys Targaryen, maybe both, unless game of thrones is like Pompeii. Have you watched the movie? Nobody survives at the end. It wouldn´t surprise me.